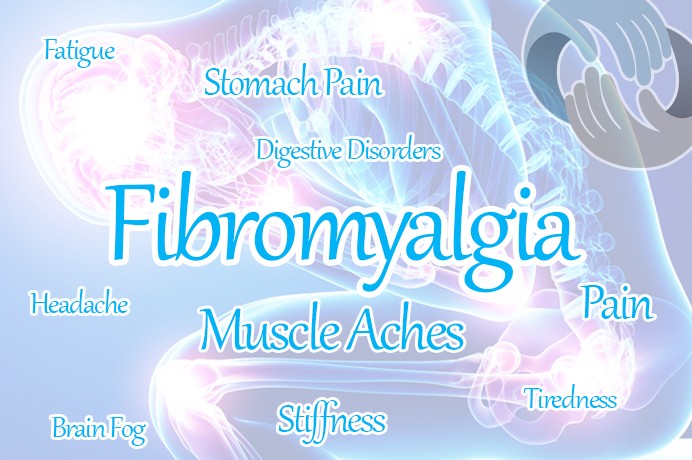 Fibromyalgia is a chronic pain condition that includes musculoskeletal pain, fatigue, and sleep problems - and affects approximately 2% - 4% of the adult population. About 80% of fibromyalgia patients are women.

Fibromyalgia results in widespread pain in all four quadrants of your body, for more than three consecutive weeks. Traditionally, there were 18 specific tender points that needed to be tender for a fibromyalgia diagnosis, but this is no longer a requirement. Now, diagnosis is done through elimination of other conditions that can cause the same symptoms combined with ongoing, widespread pain for over three weeks. Getting a diagnosis of fibromyalgia can be an extremely difficult and complex endeavor, as symptoms mimic other conditions and come and go without clear reason or triggers.

Treatment for fibromyalgia usually involves over-the-counter pain relievers and can require prescription pain medications when the condition flares up. Antidepressants often help to reduce the pain and fatigue that accompanies fibromyalgia, and can help improve sleep. Anti-seizure drugs are often used to reduce pain and fibromyalgia symptoms.

Studies have shown that, while exercise is a major contributing factor in reducing symptoms of fibromyalgia, heavy weight lifting or strenuous exercise may trigger flare ups of symptoms. Low impact cardiovascular exercise, like walking, biking or rowing, has been shown to help manage symptoms long term. The increase in circulation improves oxygenation throughout your body and helps to reduce inflammation and pain. Yoga, tai chi, and qigong have been shown to reduce pain by improving flexibility and can also improve sleep, a key component in reducing fibromyalgia symptoms.

How Massage Therapy Can Improve Symptoms of Fibromyalgia

Alternative treatments such as massage therapy have also been shown to greatly improve symptoms of this chronic condition.

Massage therapy has been shown to:

All of these outcomes greatly improve the symptoms of fibromyalgia, making massage a fantastic therapy option for these patients.


Relax for The Body and Soul Ltd